Ray White Rural NSW made its first property sale with Guyra’s “Tenterden Station” purchased for $17million at an auction held in Sydney. 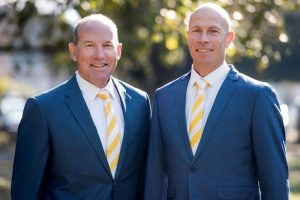 The 1500.72ha of highly developed arable grazing land holds three homes, in addition to the original homestead site and preserved framework. The relatively flat gradient and heavy soils supported by the irrigation licences cater for a wide range of grazing, cropping, dairy or horticultural production systems.

In excess of 1,300ha is developed and sown down to high-performance pastures that are supported by the 870mm average annual rainfall plus an equipped centre pivot operating from three hydrant points.

A real feature of “Tenterden Station” is the absolute water security provided for livestock. There are numerous back up options with water supplied via an extensive reticulation system, irrigation bores, the main water storage dam plus regular dams and creek frontages

Hectares – A look at some of the most extraordinary agricultural and rural sales in recent months.

Back to all news
Up to Date